When the box doesn’t fit

2021. What an interesting year. With the world turned upside down by a pandemic that seemingly had its sights set on...

The NonStop Clock Waits for No-One

Whilst NonStop remains the world’s No.1 choice for Mission-Critical systems, identifying and retaining resource with the...

Connect and the NSU40 planning team is hosting the first ever NonStop Hackathon event at this year’s Technical Boot Camp! If you...

Are you ready for Bootcamp!?

TCM will once again be exhibiting at this year’s NonStop Technical Bootcamp in Burlingame, San Francisco, CA…and we...

Were you to have been asked that question some years ago, the answer most likely would have bee “I’m not sure”....

There have been numerous posts and tweets coming from the NonStop vendor community following RUG events worldwide: ETBC,...

As you all know, I’ve been living on my DevOps soapbox for what seems like decades and more projects than I can count – well – I...

Integration and integrators are becoming a hot topic of late. With as much talk as there is about migrations, modernizations and...

There is always an air of anticipation in the lead up to any major NonStop user event and with the European Technical Boot Camp... 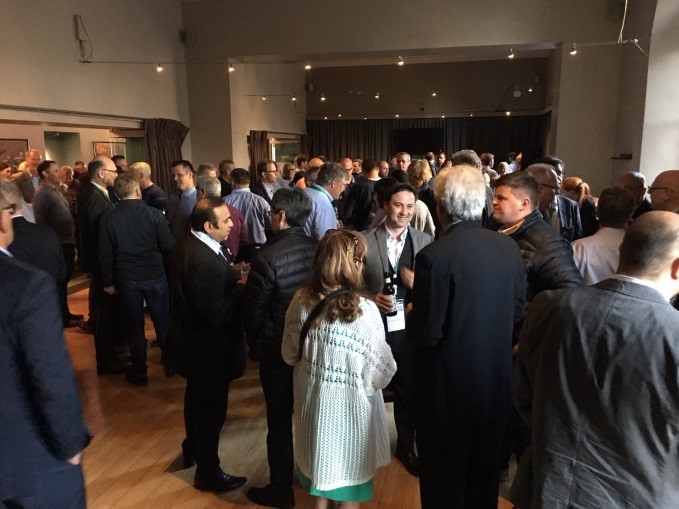 With ETBC, Edinburgh, hosted by BITUG now just a memory it was only natural to turn to TCM for an observation. After all, with ETBC only a stone’s throw from TCM’s head office in Glenrothes there had to be an extra sense of excitement leading up to the event.  “Kicking off with the pre-conference TCM Golf Day, we were delighted to be graced with unseasonably warm sunshine, incredible views, extremely pleasant company and some great golf all round,” said TCM Director, Daniel Craig. “From our perspective and after starting on a high, the rest of ETBC didn’t let up; instead, it reached new heights, with the conference’s presentation content, social events and attendees levels surpassing even our own inflated expectations.” Of course to everyone that attended, “there was a wonderful sense of freshness throughout the event, and Edinburgh certainly proved to be a worthy host city,” said Craig before adding, “Our congratulations must go to the BITUG board for all of their hard work, and our thanks to all the attendees who made this such a memorable event.” 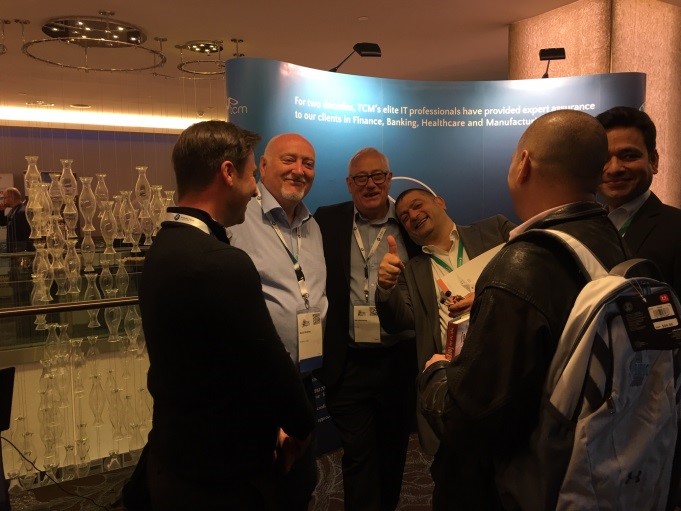 In another observation it was left to Andy Pickles, IR Account Manager, to add another perspective when he said, “The customers seemed to enjoy it a lot and from the conversations that followed they all appear to have gained a lot from the sessions. ETBC was well organized, as we have come to expect through the years and BTUG arranged for great key note speaker, Justin Wren, to kick off the program.” Even as HPE Director for NonStop, EMEA, Neil Davis highlighted the addition of new systems in 21 countries, Pickles was quick to add that even as “overall, attendance was good but it would be nice to see some new HPE NonStop users actively participating in future ETBC events.”

HPE gave the major presentation that provided updates for both the business in EMEA as well as the global product roadmap for NonStop. Davis, who was running an executive session in parallel to the ETBC, was pleased with the event even as he did note that perhaps, next time, “I can spend more time wandering.” On the other hand, even as his co-presenter HPE NonStop Director of Engineering, Teresa Sorg, was doing double duty supporting Davis in the executive sessions, she thought that Davis and his team had done an incredible job.

“I was only present for a part of ETBC’s opening and closing sessions,” said Sorg, “Spending the majority of my time in Neil’s customer council, which was exceptionally well done, joining Neil in one-on-one sessions with customers, my impression was that the event went well.” Sorg had many conversations with the NonStop community and, “it sounded like they were very satisfied with the venue, the event itself, and the topics being covered – I had heard too that some topics were so interesting that in some cases folks had standing room only.”

As for the keynote speaker, Justin Wren, “I’d actually had heard of Justin Wren before hearing him at the ETBC and his topic and passion for the work and people he is working with was a pretty hard act to follow,” added Sorg. “But his message of empathy translates regardless to industries, businesses, technologies; people helping people! Edinburgh was beautiful; I had never been there before and the weather was amazing.  I am certainly looking forward to next year’s event.   It’s very cool being with people passionate about NonStop!”
“I’d characterize many of the attendees as influencers in the customers’ NonStop domain,” said Franz Koenig, HPE NonStop Snr Manager, Advanced Technology Center and Strategy. Among the highlights for Koenig from this year’s ETBC were the “very positive customer feedback on the HPE-IT use-case as well as considerable interest in the new architectures styles and – options; leveraging converged and virtualized NonStop with new and upcoming middleware products, such as NonStop In-Memory Cache (NSIMC), and the NonStop API Gateway, Pathsockets and Microservices together with increased support of open source technologies.”

“I was pleasantly surprised with the turn out for my presentation that discussed reasons why people should consider using SQL/MX DBS,” said Frans Jongma, HPE Master Technologist. “The presentation took place in the main, very big, Edinburgh suite where there were many seats to fill. As for my purpose for this event it was to go and talk with some of our partners, to find out what they’re doing and updating them on my current topic: SQL/MX DBS – a cloud component we have added to SQL/MX. That worked out quite well, so I was satisfied with this conference.”

ETBC for 2020 is being planned for Berlin and already, there are discussions under way within the GTUG community which will be hosting this next event about the event’s program so watch for early promotions of this upcoming event to begin appearing in your email inboxes early in 2020. There were many other comments made about ETBC Edinburgh and you can find them in other vendor’s articles spread throughout this issue of NonStop Insider – make sure you don’t miss reading any of them as the summation from every participant was that the BITUG team, chaired by TCM’s Collin Yates, did a fantastic job in putting on an event all attendees thoroughly enjoyed!